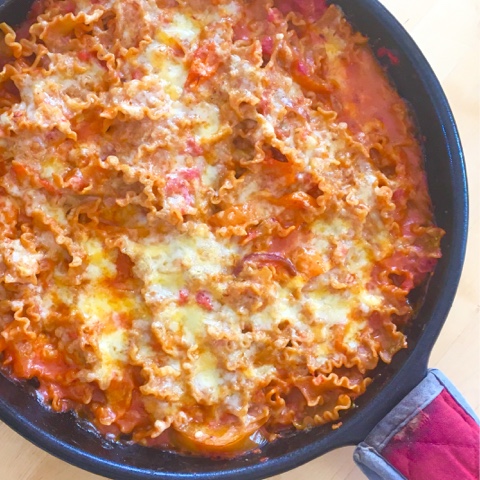 When I say I have been inundated with cherry tomatoes these last few weeks, it is no lie. After a few weeks, I became completely negligent and let them fall over, overgrow like crazy and let them be. It became a kind of an experiment of sorts. (Or, I may have been too lazy to pull them all out...)

Anyways, here we are into what is generally regarded as fall weather and my cherry tomatoes are still producing. I don't always do what gardening books tell me to do and instead prefer the experimental approach. I have started seeds way too early, way too late, and transplanted dill- successfully. And this time I didn't strip the bottom leaves from my tomatoes, yet here it (still) goes. It just goes to show you that experimentation is still a valid gardening technique. 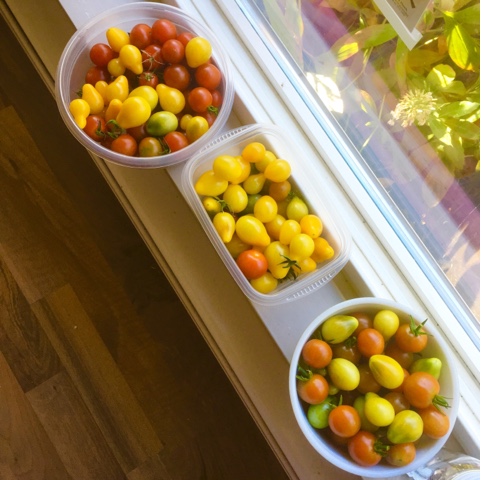 Right now I have cherry tomatoes in successive stages of ripening on my windowsill. Some are always at the ready for snacks, a quick tomato salad or for this unbelievably easy baked pasta.

This baked pasta is fresh, oozing with cheese (just enough, not too much), and quick to make. And it only uses one pan! That is always the biggest bonus in my books. This is a great end-of-summer dish for those beautiful cherry tomatoes. 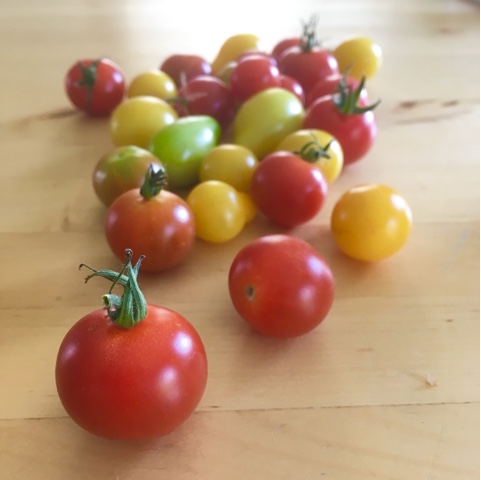 My husband first perfected this dish after getting the Cook's Country, Cook It in Cast Iron Cookbook as a Father's Day gift. It was also a signal that I was more than willing to hand over more meal responsibilities to him. His repertoire increased significantly with the introduction of this dish. The kids call it "Dad's pasta" now. His specialty used to be Annie's Mac & Cheese. Clearly, it is that easy.

One pan baked pasta with cherry tomatoes
You can use a large 12" cast-iron skillet for this recipe, or a large oven-safe skillet. Or, make in one pot and throw into an oven-safe dish for the broiling. Adapted from Cook's Country: Cook It in Cast Iron Cookbook. You can use any small to medium-sized pasta in your pantry, but I prefer the small lasagne-type noodles or penne. 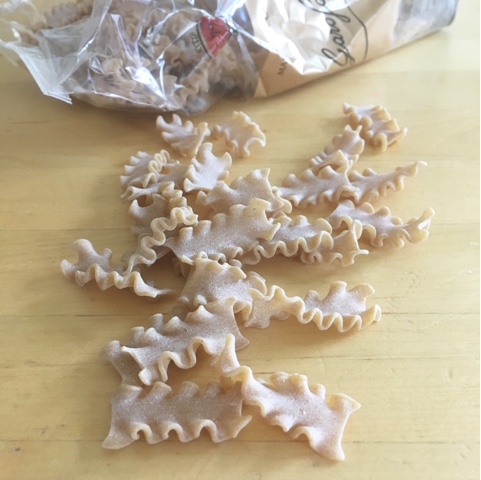 2. Stir in garlic, tomato paste, pepper flakes and cook about 30 seconds. Remove pan from heat and mash tomatoes with a potato masher or fork. Stir in pasta and 3 cups water and bring to a boil over medium-high heat. Reduce heat to medium, cover (with a large lid, foil or whatever you can find) and cook, stirring often, until pasta is tender, about 15-18 minutes.

3. Stir in parmesan and add extra hot water if needed (should be a slightly 'loose' sauce, not too thick). Stir in basil and season with salt and pepper to taste. Sprinkle with grated mozzarella or mixed cheeses and transfer to broiler. Broil until cheese is melted and browned, about 5 minutes. Serve immediately. 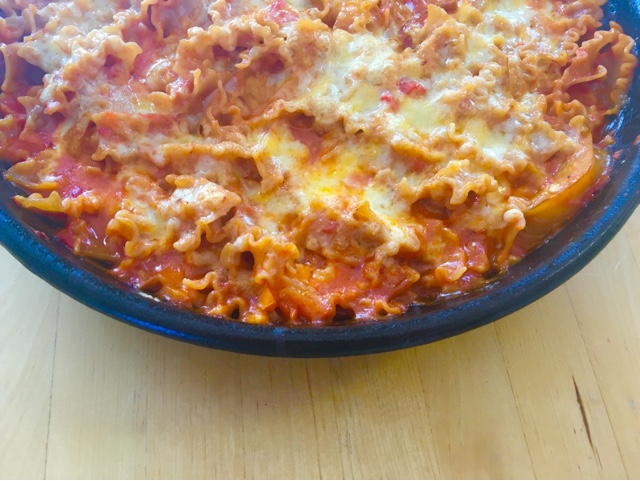